In classical archaeology, the spatial aspects of deathscapes and associated funerary phenomena are often taken at face value. Beginning from a relational understanding of space, this seminar examines the necropoleis of middle Hellenistic to late Roman Sagalassos (second century BC to fifth century AD) within the wider context of the city. To facilitate this methodologically, four spatial aspects are investigated for the Hellenistic, Roman Imperial and late Roman periods: the relations between the spaces of the living and dead, landscaping practices, visibility and accessibility. These four aspects offer insight into the funerary and non-funerary relations from which the necropoleis emerged, developed, expanded and eventually disappeared. The archaeological patterns facilitate multicausal answers to where the Sagalassians placed their dead. 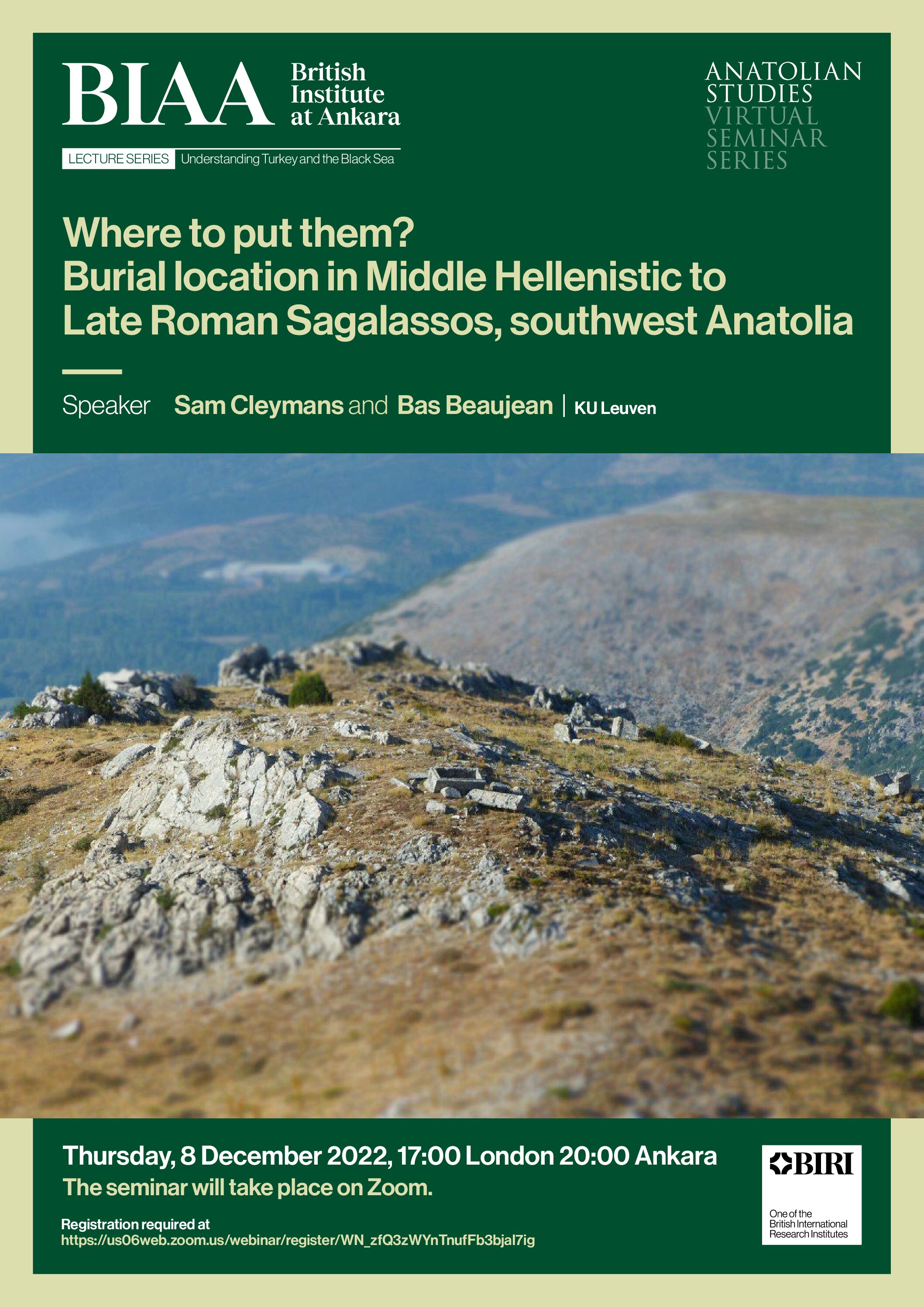 Sam Cleymans is visiting assistant professor in classical archaeology at KU Leuven (Belgium) and is affiliated with the Sagalassos Archaeological Research Project. His research focuses on funerary practices in Hellenistic, Roman and Byzantine Asia Minor.

Bas Beaujean is a PhD candidate within the Sagalassos Archaeological Research Project at KU Leuven (Belgium). His research focuses on how Pisidian social groups (re)negotiated their existence within a dynamic world through social memory processes during the Roman Imperial period, with an emphasis on the actual impact of archaeologically observable change.