This talk will focus on the developing supra-regional trends in magico-ritual objects through a mould-made lead figurine in the form of a foundation peg found in a disturbed EBIVB-MBI transitional deposit at Toprakhisar Höyük (Altınözü, Hatay). The stylized object is interpreted as a bull standing atop a peg pointing to hybridized technological, iconographic and apotropaic values of Syro-Anatolia and Mesopotamia. It is suggested to be ritual paraphernalia likely in relation to the cult of the Storm God and proposed to have been used in a foundation ritual. Together with this peculiar product of metalworking, the presence of multiple magico-ritual objects that point to Northern Mesopotamian connections at a small hinterland site, Toprakhisar Höyük, on the outskirts of the Amuq Valley are discussed to be the possible material reflections of new groups in the region, including Hurrians and Amorites, contributing to the unity and regionality of the cults and rituals of Syro-Anatolian communities of the Middle Bronze Age. 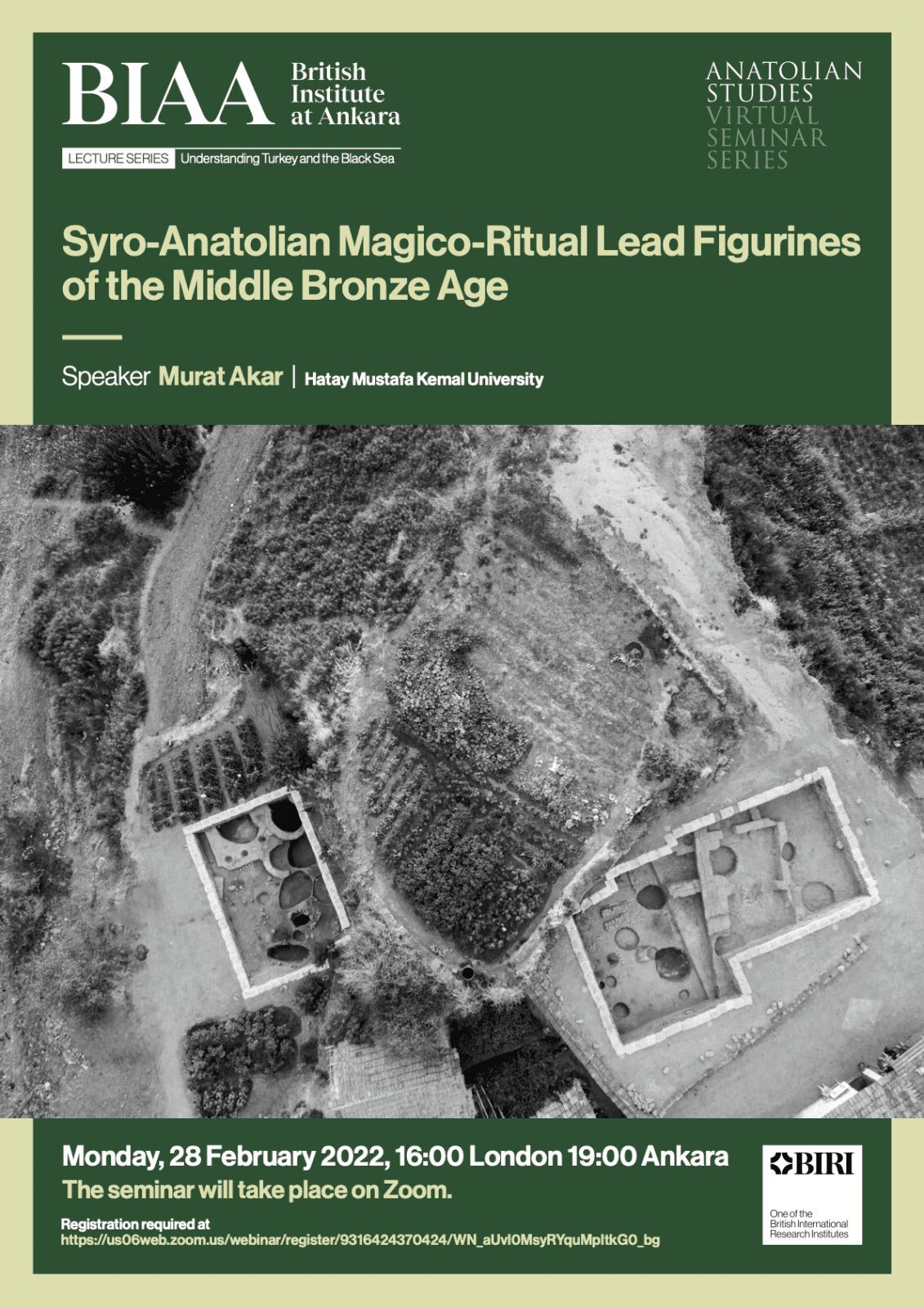 Murat Akar got his BA from Archaeology and History of Art Department of Bilkent University; MSc degree from Settlement Archaeology of Middle East Technical University and PhD degree from Near Eastern Archaeology of University of Florence in Italy. Being a former research fellow at ANAMED and Archaeology and History of Art Department of Koç University, he has been teaching at Mustafa Kemal University, Department of Archaeology since 2016. He is the director of the Amuq Valley Regional Survey Project, the Director of the excavations at Tell Atchana, Alalakh and the scientific advisor/field director to rescue excavations at Toprakhisar Höyük run by Hatay Archaeological Museum. His research areas include architecture, memory and landscape studies particularly for the 2nd Millennium BC Anatolia, the Near East and the Levant. His current research addresses to the role of climate in longue durée for understanding the continuously shifting population dynamics and cross-cultural encounters in Eastern Mediterranean contexts as part of the Tübitak 1001 project “The Geological and Archaeological Traces of Climatic Changes in the Amuq Valley of Hatay during the Holocene”.