British-Turkish relations were fundamentally shaped by the series of encounters that followed the outbreak of the First World War. The battles of Gallipoli and Kut al-Amara, armistice of Mudros, occupation of Istanbul, treaty of Sevres, confrontation at Chanak, and treaty of Lausanne not only gave shape to the new Republic of Turkey, but became major reference points in public discussions, both with regard to relations with Britain and in domestic political debate. By contrast, few in Britain or the other former belligerents are aware of the extent of Allied ambitions in the Ottoman capital and the wider empire during these years. The remembering and forgetting of these events has been highly selective, conforming with shifting predominant national narratives, but their centenaries offer an opportunity to re-examine these British-Turkish encounters and their potential for mutual understanding at a time of renewed antagonism. In the lecture I will draw on research while Assistant Director of the British Institute At Ankara since 2019, carried out while preparing my first monograph, Britain’s Levantine Empire, 1914-1923 (Oxford University Press, 2021), From Enemies to Allies: Turkey and Britain 1918-1960 (Routledge 2022), and major conference and exhibition on occupied Istanbul. 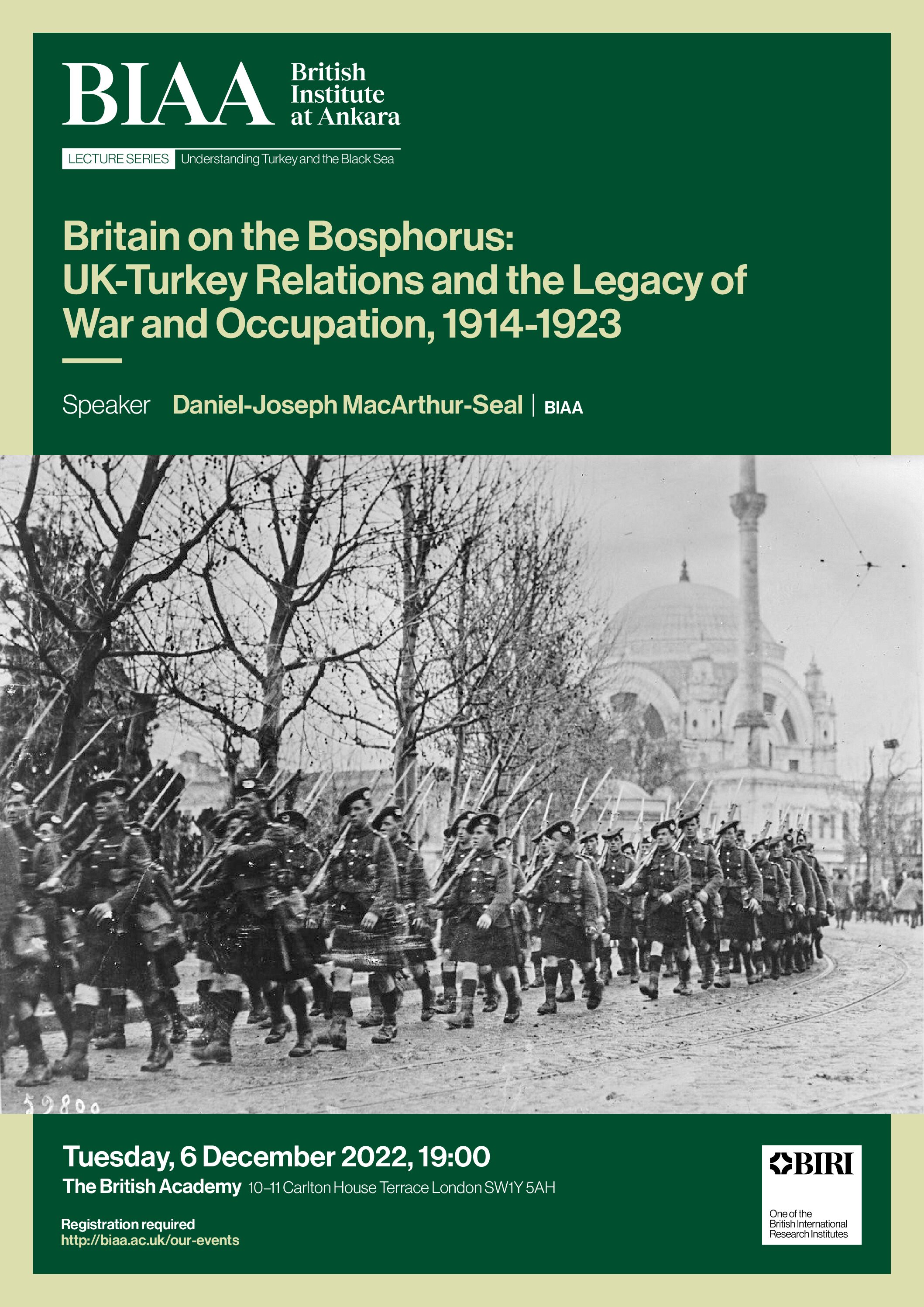 This lecture will be held in-person at the British Academy

Daniel-Joseph MacArthur-Seal received his PhD in History from the University of Cambridge in 2015. He joined the BIAA in 2014 as a Postdoctoral Fellow, and was the Enemies to Allies project Research Fellow from 2015-2017. He was a Research Assistant Professor of Middle Eastern History at Hong Kong Baptist University from 2017-2019 before taking up the post of Assistant Director in September 2019. His first book, Britain’s Levantine Empire, 1914-1923, compares British military occupations in Alexandria, Thessaloniki and Istanbul.