Speakers Nikos Tsivikis
Institute for Mediterranean Studies, FORTH at Rethymno

What were the material realities of Christian prayer for the early byzantine population in Anatolia? What position did written language and its depiction hold in this process? In 2016, an early Byzantine ceramic plate bearing an inscription with parts of the text of the Lord’s Prayer was found in the excavations at Amorium, one of the most important Byzantine cities of Anatolia. This small inscribed plate fragment allows us to revisit such questions. During our seminar, the graffito inscription will be discussed in detail and in light of the identification of the text with the Lord’s Prayer as preserved from the Gospels of Matthew and Luke, making it an extremely rare find in the surrounding of Asia Minor. The inscribed vessel will be examined as an object within its possible context, ecclesiastical, domestic or other, through comparison with other known examples of inscriptions bearing the Lord’s Prayer text. Finally, we will elaborate on the possible uses of the Lord’s Prayer in day-to-day life and the materiality of prayer for Christians during the early Byzantine period between the fourth and seventh centuries. 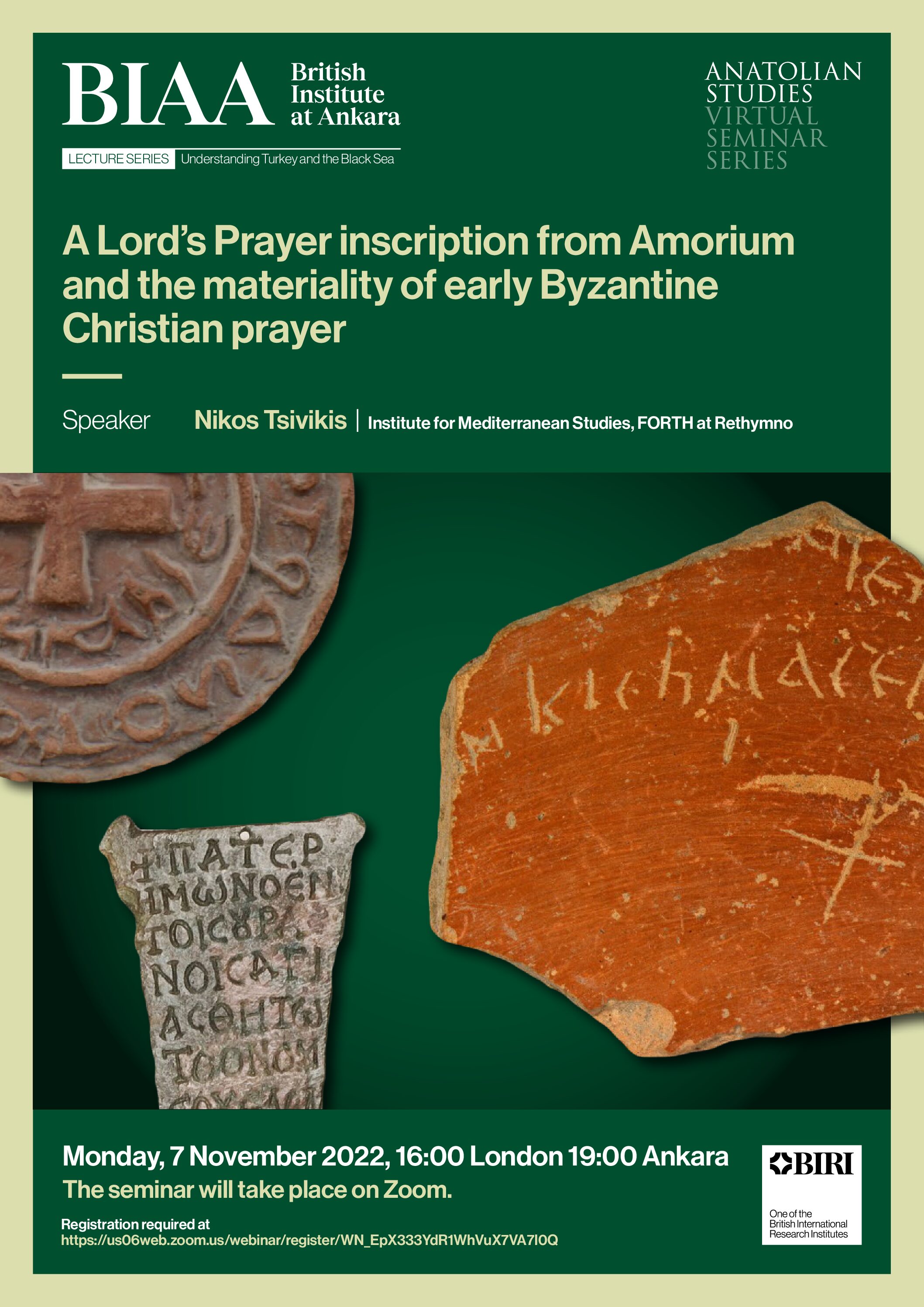 Institute for Mediterranean Studies, FORTH at Rethymno

Nikos Tsivikis is an archaeologist specialising in the study of late antique, byzantine and medieval material culture. He studied at the University of Crete, where he earned his PhD in 2016. Since 2021, he has directed the project “BALAA - Byzantine Agricultural Landscape across the Aegean” at the Institute for Mediterranean Studies, FORTH at Rethymno. He is a senior member of the Ancient Messene Project in Greece and the Amorium Project in Turkey and has been publishing on material culture from both sites, bridging the byzantine experience in the distinct environments of Anatolia and mainland Greece. His monograph entitled 'Urban Transformation, Christianization and Ruralization in Late Antique Peloponnese: the case of Byzantine Messene' is scheduled to appear soon by the Byzanz zwischen Orient und Okzident series in Mainz.